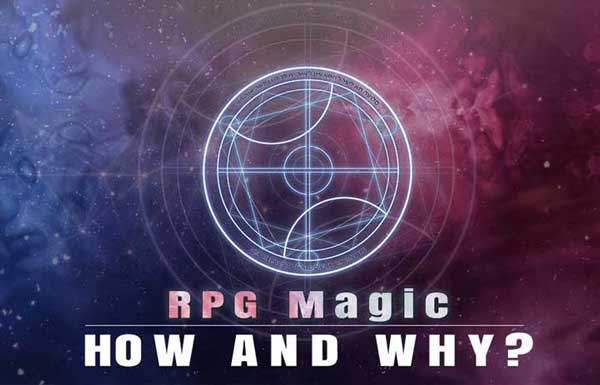 How to create a magic spell sound effect in 3 simple steps!

We decided to do a write up on our best-seller ‘RPG Magic Pack‘ because we are grateful and truly honored to have received many positive feedbacks and reviews regarding this pack! We would like to share our processes on how and why we created a library such as this!

How did the idea for this pack come about?

The idea came when we were working on a project that required us to create sound assets for magic spells. Their reference is closer to what you would hear in the Japanese RPG. Finding suitable sounds was difficult. We love the magic sounds of Japanese RPG from the final fantasy series and many other Japanese games. Japanese RPG magic spells sound clean, bright, sharp, and clear-cut. Many magic spell sounds from our existing sound libraries are mostly elemental and also full in the mix. We need something clean, subtle, bright yet magical without the elemental factor. This stumbling block kick-started us into taking the journey of our sound library!

Our inspiration and the development process

First of all, we had to listen and break down what are the critical elements in magic spells that make it sound so magical and mesmerizing. We referenced many magic spells in League of Legends, Final Fantasy Series, Disgaea 5, and MMORPGs we played in the past. They all have something in common.

Interestingly, we noticed that in many magic spells, three main vital components make spells sound so magical and they are the whooshes, chimes, and synth sounds.

Together with IMBA Interactive, we went to collect as many types of chimes as we can find from friends and relatives. As for whooshes, we brought anything that can create a whoosh loud enough for recording. From badminton rackets to skipping ropes and even clothes hanger! Anything is possible! Be creative! We had two recording sessions at IMBA's studio. Once for whooshes and once for chimes. Do check IMBA Interactive out if you need audio for your game! They specialize in custom work, audio middleware, and integration!

After cleaning up the recording of chimes and also cutting up the whooshes into one-shots, it’s time to generate as many synth sounds as you possibly can. Anything interesting works! I am a big fan of Arturia, and I love using their synths for sound design. Do take note to read up on your synth’s EULA. For example, Omnisphere does not allow any non-music use and requires you to email them for such purposes.

After garnering and building a library of raw sounds for each component (whooshes, chimes, and synth sounds), it’s time to start designing! I would recommend developing basic magic attacks first before progressing to complex spells. You can always layer simple spells with new elements to create a more elaborated spell later. Do use gameplay footages to inspire you. It helps to get the creative juices flowing. 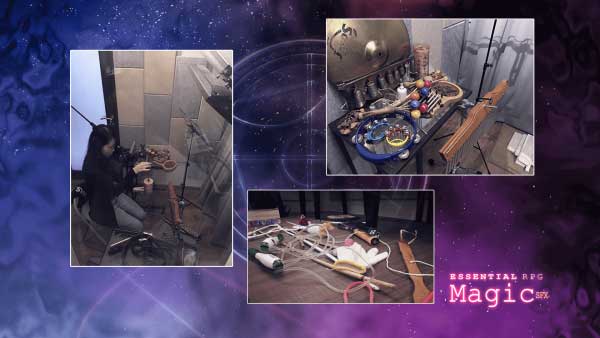 1. Synth layer: Do experiment with musical instruments as well!

All 3 Layers Together (Synth, Whoosh, Chime):

Since our RPG Magic Pack was tailored for games, our naming convention was much inspired by how spells are called in games! Our sound effect naming has terms such as buff, debuff, curse, heal, and revive to name a few. We believe that this aids game developers and even sound designers to find the sound that they need efficiently.

Because we know that integrating sound effects in the game usually requires the audio asset to be separated for synching, we broke down some of the magic spells into three different parts, ‘Cast’, ‘Loop’, and ‘End.’ This separation allows the user to freely mix and match the spells to their heart’s desire. Our sound effects and variations are also edited into one-shots and require no additional editing! Game developers can immediately test the sounds in your game without the need for a sound designer.

We enjoyed the whole process of creating this pack so much and we hope inspire you to create some sound effects too!

In this video, we’ll show you how we choose, edit, and layer our sounds from the RPG Magic Sound Effect Packs!